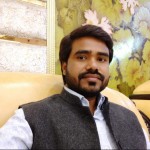 Here we present the list of Cricket World Cup winners (ODI + T20). Cricket World Cup was contested for the first time in England in 1975. It was played as a series of one-day matches of 60 overs per side. It was held outside England, in India and Pakistan, for the first time in 1987. The 1987 contest also saw the number of overs per side reduced to 50.

In 2007 Australia became the first team to win three consecutive World Cup tournaments. There are 12 World Cup tournaments being held till date. Australia is the most successful country which won 5 World Cups. India & West Indies are the only two countries which have won the world cup 2 times each. India won the World Cup in 1983 and 2011, while West Indies won in 1975 and 1979. The last world Cup held in 2019 was won by England. The list of World Cup winners for One Day Cricket is given below:

Here is the list of Men’s ODI Cricket World Cup winners from 1975 to 2021 with winners, runner-up, host country, total scores and final result for One Day International (ODI).

Australia is the most successful team in the ICC ODI World Cup which has been won the World Cup 5 times and finished as the runner-up 2 times. After Australia, India and West Indies won the Worl Cup title 2 times. The last ICC ODI Men World Cup 2019 was held in England and Wales and this world cup was won by the hosting country England for the first time.  Here is the list of ODI Cricket World Cup winners country-wise.

Q1. How many Cricket World Cups have there been so far?

Q2. Who has won the ICC World Cup the most number of times?

Q3. In which World Cup were innings reduced from 60 to 50 overs?

Q4. How many times India won the ODI world cup?